Before her diagnosis in , Yip-Williams had done more than her share of living. It was, indeed, something of a miracle that she was alive at age 37 when she traveled to a family wedding and ended up in the hospital where she received her cancer diagnosis. Born poor and blind to Chinese parents in postwar Vietnam, she was sentenced to death by her paternal grandmother, who believed that her disability would bring shame to the family and render her an unmarriageable burden.

But when her parents brought her to an herbalist and asked him to euthanize her, he refused. The family would eventually survive a dangerous escape on a sinking boat to Hong Kong, and less than a year later make their way to the United States, where at 4 years old, Yip-Williams had a surgery that granted her some vision, if not enough to drive or read a menu without a magnifying glass.

She becomes a mother and, soon after, a cancer patient, and soon after that, because of this unfortunate circumstance, a magnificent writer. She makes bargains with God, just as she did as a young girl when, in exchange for her poor vision, she asked for a soul mate one day. And, near the end, she oscillates between being game to try every possible treatment and accepting that nothing will keep her alive. I don't want to be dying in a hospital or in a home where nobody can see me because at the end of the day it's what I want, I hope, you know.

Hopefully it's not going to be much of a burden on somebody, me being at home dying you know. Have you got any idea how the end bit might be, you said that it would be just like, almost like a turning the light off? Yes, from what I understand it will just be like switching the lights off. I won't know nothing about it. I probably won't even get that much weaker, I might get weak but I don't know how far weak I'll get but it will be a case of just like shutting, shutting my eyes and that's it, I'm gone you know.


Home was not always ideal. One woman said that her husband was not very practical when it came to looking after an ill person and some people had thought about moving to a more convenient location, or to a house with a bathroom next to the bedroom. A woman with breast cancer liked the idea of building an extension on her daughter's house. Other people too, wanted to die in the comfort of their own homes, in familiar surroundings. A man with prostate cancer worried about pain, but had been told that pain could be controlled even if he decided to stay at home.

Another man who favoured a home death said that he didn't want to be 'messed around with', implying that that he didn't want to go into hospital to have any more medical interventions. You talked to your wife. When you get to need more care she's saying, and you're saying you'd like to stay at home and she will look after you as much as she can? That's good. So if I don't know. Again I don't know from the doctors what is likely to happen apart from they say I will just get weaker and weaker and as more pain occurs in the bones then I will be given more painkiller.

I don't know that there is anything else that they would want to do to me. If they start wanting to do things to me, no I don't want to be messed around with.

If I am feeling enfeebled and sick and uninterested I am not interested in being messed around with either. No-one we talked to said that they wanted to die in a hospital - one man said that 'hospitals are for the sick, not the dying' and another said they were too sprawling and impersonal. A woman with motor neurone disease wanted to stay at home as long as possible but was adamant that she would not consider going into a hospital or nursing home because in her experience they were short staffed and provided poor care. The daughter of a man with motor neurone disease said that her father found the hospital very noisy.

He hoped to move to a hospice, but no hospice beds were available. An elderly man with multiple sclerosis was adamant that he would only stay at home if his wife remained well and if she accepted help.

He was quite prepared to go into a nursing home if necessary. A woman in her early sixties, with breast cancer, did not want to go into a nursing home where everyone would be much older. Those who have had the chance to become familiar with a hospice often feel that they would be content to end their days there. One woman, who had been admitted to a hospice for a period of symptom control, said that the hospice gave excellent care and was full of love and laughter.

A woman with breast cancer said she would prefer to die in a hospice because she worried about pain, didn't want to be a burden on the family, and didn't want her family to think of death when they visited the family home, a place they had all loved. If you had a choice between going into hospital, going into the bedded unit at the hospice or staying at home and being looked after at home, what would you like best? Well I think I'd like to go to the hospice really.

I think that would be more convenient for everybody and myself. They're so good there.. They don't fuss you lots, but they see to everything you need. Yes oh it is yes. Yes we all have a laugh and I mean we're all in the same boat and we always find something to laugh about.. 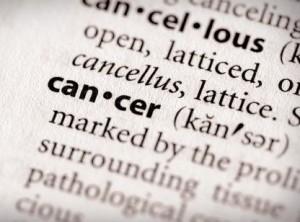 Have you thought about whether you'd like to stay at home or go in a nursing home? I think about them, myself. I think if the cancer got bad I would like to go to a hospice. My husband is not terribly practical when it comes to looking after someone who is very ill and I think that I would like, if it came to it, I think I'd like to be in a hospice where they control the pain for you, look after you.

My biggest problem with thinking about death is not the actual dying because I can envisage that as going to sleep and not knowing anything about it like you go in for surgery.

You have the anaesthetic and you're gone and you know nothing about it and you just don't wake up. I think of death like that. What worries me is what's going to happen before, particularly with cancer because you hear so much about the pain.

Especially because we loved it so much I think I would want to be elsewhere. Some people we talked to hadn't decided where they would like to die, or discussed it with their partners. A woman with ovarian cancer was pleased that her Macmillan nurse had raised the subject, but said that it was a very sensitive topic and needed to be approached carefully. It is now NHS policy that everyone with a life-threatening illness should have access to appropriate palliative care services, the current government strategy is to support more people dying at home.

Living with cancer or dying of cancer?

Please use the form below to tell us what you think of the site. We are a small team but will try to reply as quickly as possible. Please note that we are unable to accept article submissions or offer medical advice. If you are affected by any of the issues covered on this website and need to talk to someone in confidence, please contact The Samaritans or your Doctor. Search form. Kidney health.